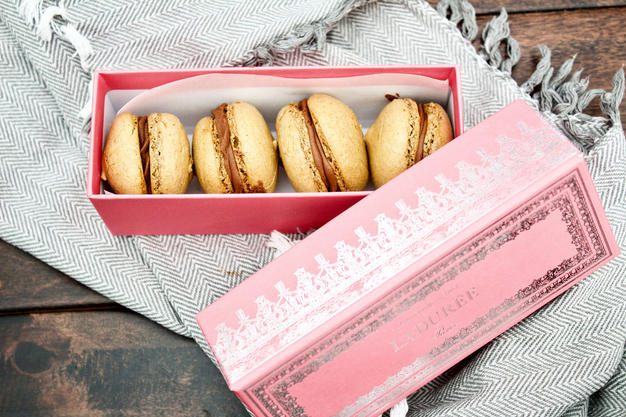 Okkkk so you wanna make macarons?

I’m no professional but I’ve made a batch almost everyday this month so I’ve learned a little bit and I’m here to share my experience with youuuu.  I won’t go into troubleshooting of macarons because there’re so many blogs out there from people far more experienced than myself but I’ll share what happened in my kitchen!

Let’s start with basics. A macaron is made up of a meringue mixed with powdered sugar and nut flour (this is called macaronage). I like to keep things simple because I was on a mission to find the most consistent method/recipe for me, so I haven’t used other nut flours, just almond. As for the meringue, it is made up of whipping egg whites with sugar.

There is a French method, Italian method, and Swiss method to making meringue. The French and Italian are very popular, the Swiss is very uncommon. 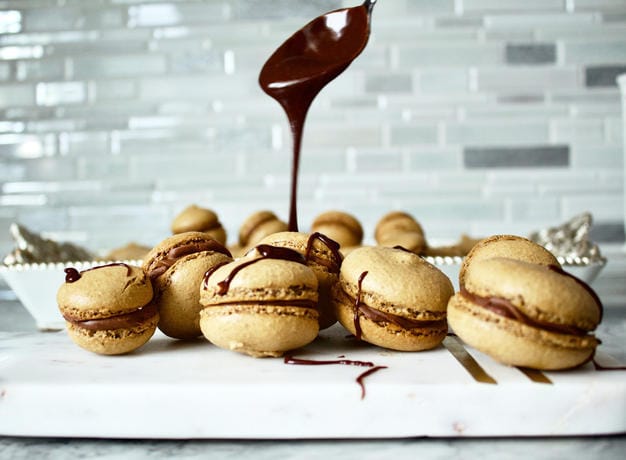 In the photo above is the first macarons I made. I used the french method and thought they looked great…for a first timer. They tasted phenomenal but I wanted them to look a little nicer so I tried again and then got the photo down below…I’m not sure what those are because they’re not macarons, lol. 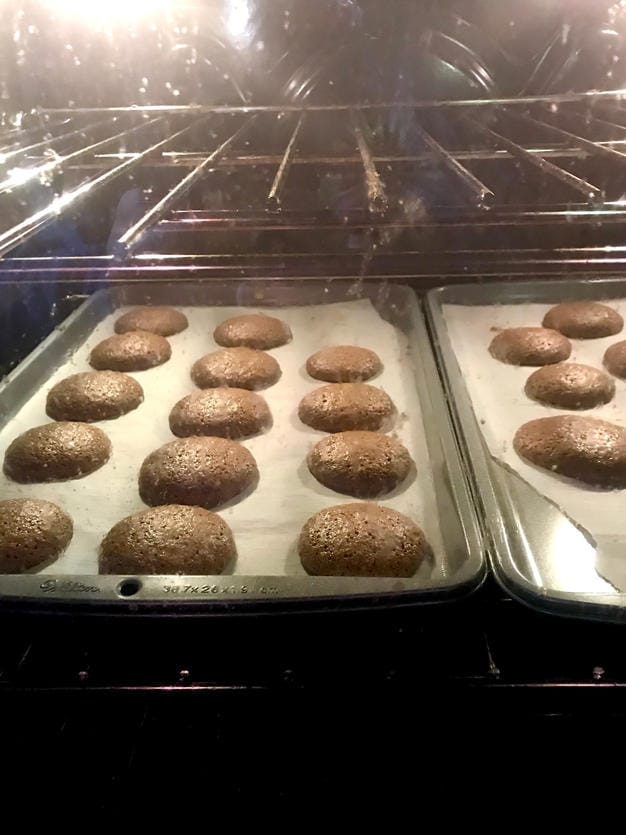 So I tried again with the Italian method and I forgot to take a photo of those but I will say, when you mess up an Italian macaron, you’re likely to still get feet so they don’t look horrible. My little Italians were very dark in color, dense in texture, and wrinkly on the top skin. Not cute and didn’t taste light and fluffy like a macaron. 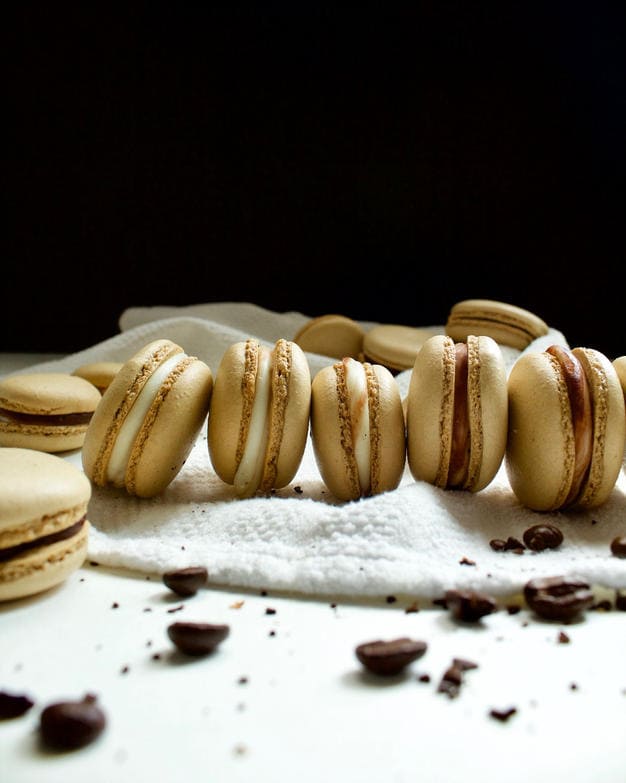 I gave it one last shot and tried the Swiss method, which I found on Broma Bakery, and as you can see in the photo above and below, I got BEAUTIFUL MACARONS! With all hope restored, I’ve continued making Swiss macarons nonstop. 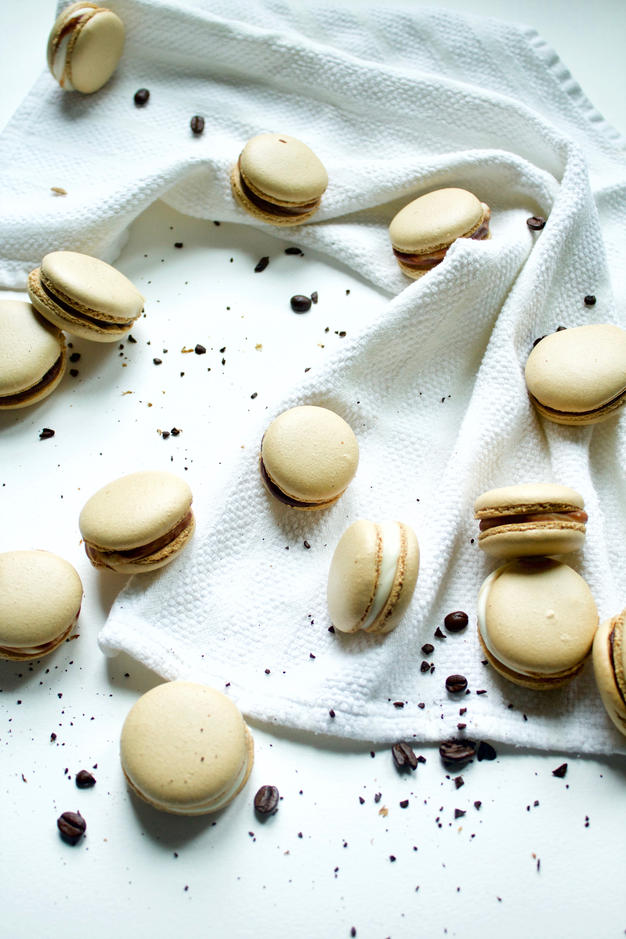 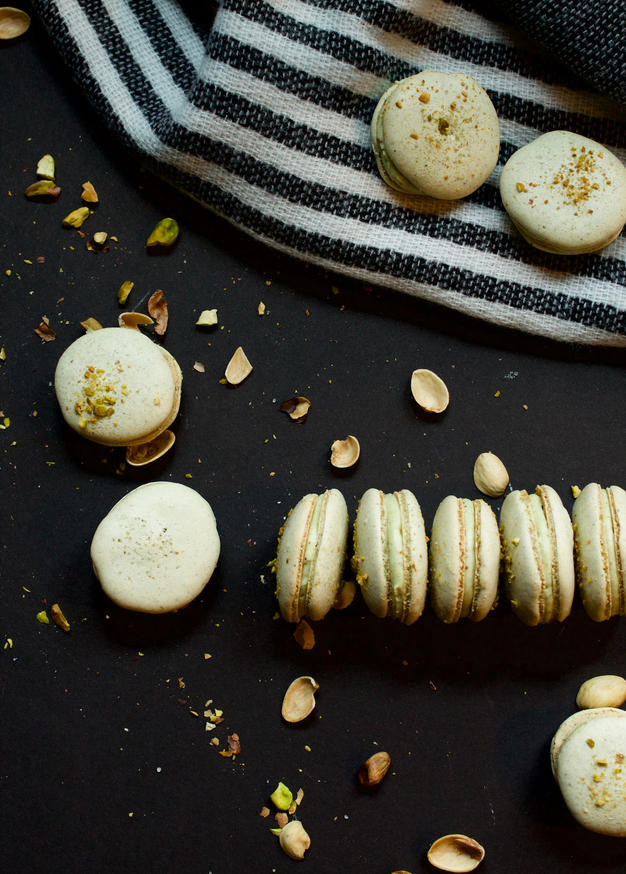 So these pistachio macarons I made with a the Swiss method as well, but as you can see, they’re flat like a pancake and not perfectly round circles. This is all due to over mixing my macaronage. It was too soft so my macarons didn’t hold their shape but they did grow mini feet. 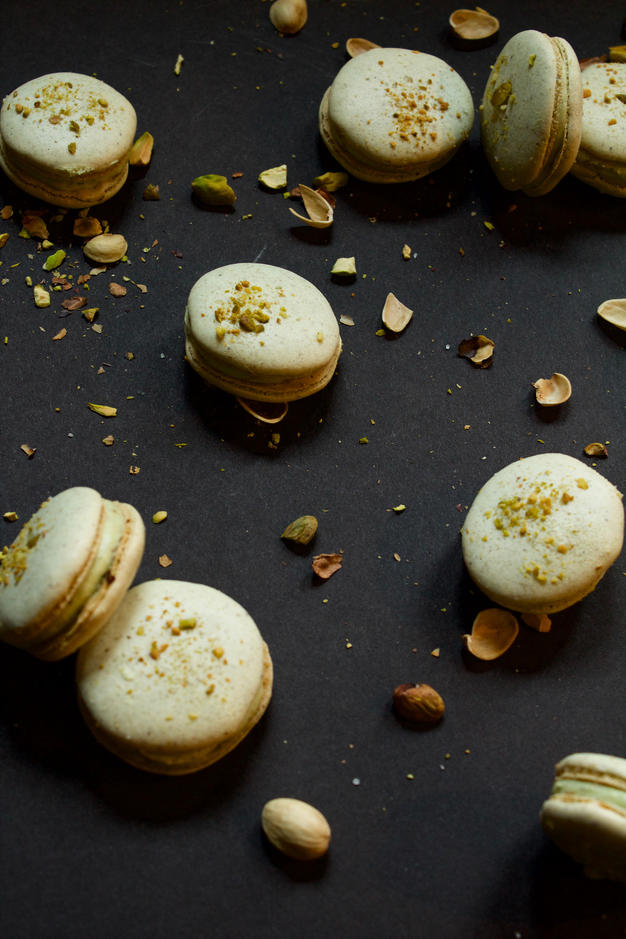 So then I tried again and for these guys down below, I under-mixed. The ones pictured are domed and hollow with nipples but half this batch didn’t even grow feet and cracked on top. 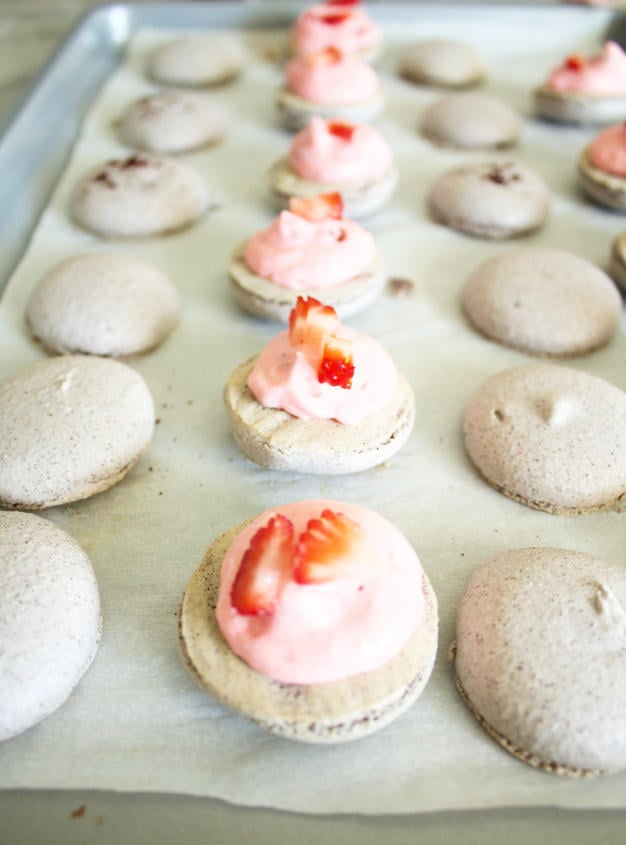 I finally learned how my batter is supposed to look (easier said than done). People describe it as “lava”, “ribboning without breaking a streak”, “ribbons and then blends within 20 seconds”, “makes an ‘8’ without breaking”.

For me it’s easier to tell whether your batter is over or under mixed once it’s piped because it should make a perfect circle with a small peak that just barely flattens out when you tap the sheet on the counter. If it’s too stiff and you have ridges/peaks that don’t flatten it’s under mixed, if it spreads out flat immediately, without any peaks, it’s over mixed.

I tend to under-mix so I test out my batter before I pipe them all by putting a little in my piping bag to see how it looks before piping them all out. If it’s under mixed, just give it a couple more folds and I haven’t tried it yet but I heard if you over-mix, just let them sit out in a cool environment for a couple hours.

I’m sure I’ll still have some fails but I learned that it’s a ‘technique’ thing not a ‘method/recipe’ thing. I found the Swiss method to be most consistent for me. I use the same base recipe from Broma Bakery, for all of them, just testing out different flavors, etc. I love it because it’s equal parts of everything so it’s easy to remember.

For the full recipes, just search macarons in the search bar or go to cookies in the index. If there’s any flavors you’d like me to try out, let me know down below! Thanks for reading loves, hope you enjoyed reading about my macaron fails and successes, have a blessed day and happy baking!